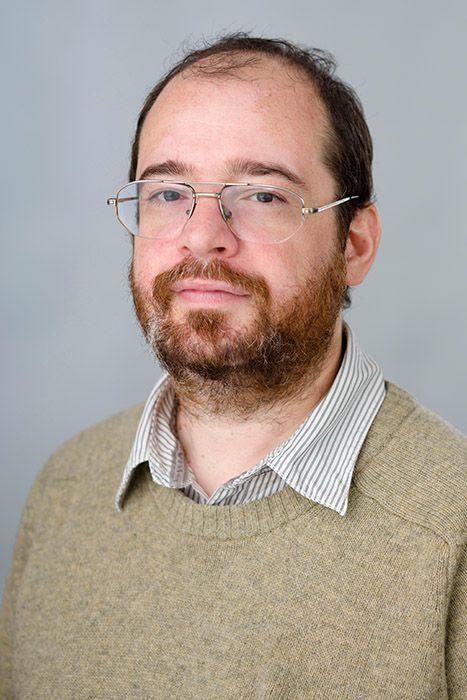 I am a historian of East Central European political and cultural thought. In many ways, I am the product of the unique intellectual atmosphere of CEU, not only in institutional sense, but also in terms of representing the generation of Eastern European historians who came to maturity after 1989, seeking to transcend the traditional nation-centered frameworks of scholarship and to come to terms with the multiple layers of intertwining pasts in the region, placing all this into a common European framework. Both my Ph.D. dissertation (which sought to compare the Hungarian and British discourses of collective identity in the early-modern period, looking at the “discourses of nationhood” before modern nationalism) and my subsequent research on the discourses of historicity and national specificity in interwar Romania, Bulgaria and Hungary in the context of the changing European cultural and political atmosphere after 1918, were based on a synoptic perspective seeking to reconstruct the East Central European intellectual phenomena in a multi-layered comparative setting.

Taking the opportunity of this regional opening, and also assuming the task of facilitating the dialogue of historical traditions which apparently conflicted with each other, from the very beginning of my studies I aimed at developing a comparative and transnational expertise. Being situated in a peculiar regional framework of overlapping national projects, this trans-national embeddedness has a double direction: on the one hand, the need to compare and “negotiate” cases within the region and, on the other hand, to compare the region to Western European an global contexts. Thus, in the last decade and a half I participated in many research projects concerning the comparative history of Central and Southeast-European political discourses in a broader framework. The research ventures where I was among the initiators, such as Regional Identity Discourses in Central and Southeast Europe (1775-1945); We, the People: Visions of National Peculiarity and Political Modernities in the Europe of Small Nations; The Intellectual History of Patriotism and the Legacy of Composite States in East-Central Europe; Regimes of Historicity and Discourses of Modernity and Identity in East-Central, Southeast and Northern Europe, 1900-1945; and European Regions and Boundaries. A Conceptual History, broadened my horizons of comparative research and also gave me a rich experience of participating in and managing collaborative projects. My most formative experience of transnational research was the European Research Council project “Negotiating Modernity”: History of Modern Political Thought in East Central Europe (www.negotiating.cas.bg) which I coordinated for 5 years. The principal aim of this project was creating a synthetic overview of the history of modern political thought in East Central Europe based on a diachronic analysis especially sensitive to transnational discursive phenomena (e.g. the ideological traditions transcending national borders such as liberalism, socialism, conservatism, federalism), and being equally open to supra-national and sub-national (regional) frameworks, where different national projects were interacting. The first volume resulting from this project, https://global.oup.com/academic/product/a-history-of-modern-political-thought-in-east-central-europe-9780198737148?cc=hu&lang=en& came out in March 2016, the second  (in two parts) in 2018 (https://global.oup.com/academic/product/a-history-of-modern-political-thought-in-east-central-europe-9780198737155?q=trencsenyi&lang=en&cc=us and https://global.oup.com/academic/product/a-history-of-modern-political-thought-in-east-central-europe-9780198737155?q=trencsenyi&lang=en&cc=us).

As for teaching, I have been offering a series of courses drawing on the results of the transnational projects I have been involved in, such as mapping the period of ‘National Revivals’ in Central and Southeast-Europe, analyzing the emergence and modalities of  “Political Modernity” as well as the anti-modernist ideological trends of the interwar period. In addition, I have taught a number of classes linked to methodological questions, both on graduate and postgraduate levels, ranging from introductory courses on interdisciplinary methodologies, through one on the historiographical debates on ethnicity and nationhood in pre-modern and modern contexts, to the analysis of various paradigms of intellectual history that emerged in the region during the communist and post-communist periods. Last but not least, I have an interest in the history of alternative culture in the region and for years we have been offering with Gábor Klaniczay a course on counter-cultural movements in East Central Europe during “late socialism”, which went beyond the conventional format of historical seminars and opened the classroom to multimedia (film screenings, music, theatre, exhibitions) sources.

2008 Associate Fellow of the project “Regimes of Historicity and Discourses of Modernity and Identity in East-Central, Southeast and Northern Europe,” hosted by CAS Sofia (6 months)

2001 Centre for Advanced Study, Sofia, Associate Fellow of the NEXUS Project (for 10 months)

1995 Nuffic Scholarship, for research at the Erasmus University, Rotterdam (for 6 months)

2012-2014 Together with Diana Mishkova, convener of the project “European Regions and Boundaries. A Conceptual History,” hosted by the Centre for Advanced Study Sofia, supported by the Stifterverband für die Deutsche Wissenschaft.

2008-2013 Recipient of the European Research Council Starting Independent Researcher Grant as Principal Investigator of the project, “Negotiating Modernity”: History of Modern Political Thought in East-Central Europe,” over the period of five years, hosted by the Centre for Advanced Study Sofia in cooperation with CEU

2006-2009 Participant in Team 3: “National Histories and its Interrelation with Regional, European and World Histories” of the project “Representations of the Past: The Writing of National Histories in Europe” supported by the European Science Foundation

2005-2007 Research Coordinator of the project, “The Intellectual History of Patriotism and the Legacy of Composite States in East-Central Europe,” supported by the CEU Research Board.

2003-2005 Research associate and co-author of the international research project, “We, the People,” bringing together East-Central and Northern-European researchers, launched by CAS Sofia.

2003-2004 Participating in the project "History and Identity in Central Europe in a Comparative and Inter-Disciplinary Perspective" supported by the International Visegrad Fund.

2001 Founding member of the international research group “Regional Identity Discourses in Central and Southeast Europe (1775-1945),” supported by the Prince Bernhard Foundation (The Netherlands), and CAS Sofia

Editor of the periodical East Central Europe (Brill Publishers) and co-editor of the Hungarian cultural monthly 2000. Acting as Board member of Concepta and peer-reviewer for the journals Totalitarian Movements and Political Religions; Journal of Political Ideologies; European Review of History; Angelaki: journal of the theoretical humanities; Contributions to the History of Concepts; as well as for the European Research Council; the European Science Foundation, the Austrian Science Fund (FWF), the Council for the Humanities of the Netherlands Organization for Scientific Research, The American Academy in Berlin, EURIAS, OTKA (Hungarian Scientific Research Fund), and the Agency for Science and Higher Education of the Republic of Croatia.

Courses taught in the previous years: