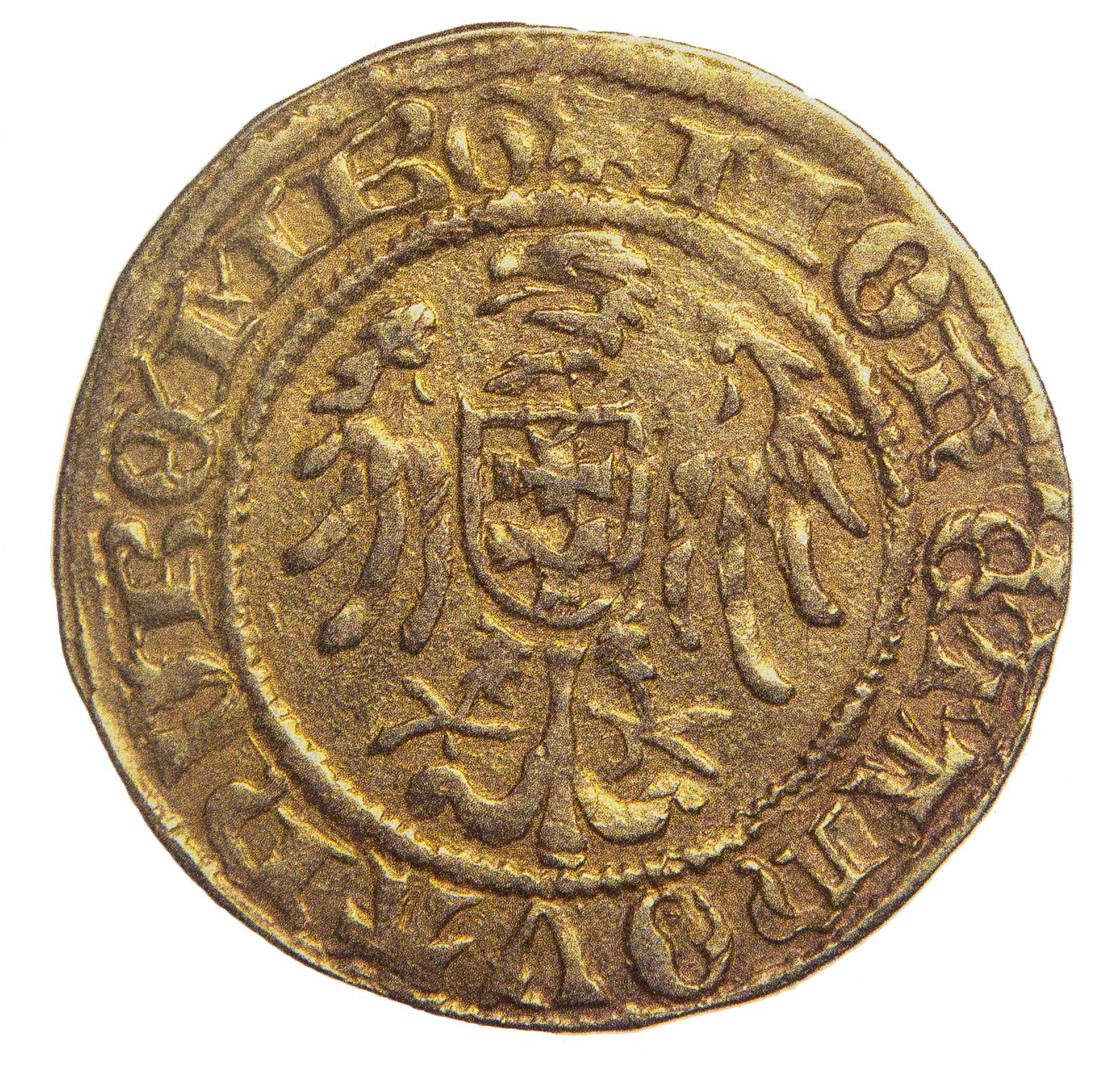 For more than a hundred years the Luxembourg Dynasty was a dominant political factor in Central and East-Central Europe. Charles IV’s second son, Sigismund, became king of Hungary in 1387 and until his death in 1437 he was crowned four more times with three further royal and an imperial crown. The present PhD thesis focuses on the first decade of Sigismund’s Hungarian and German kingship and deals with the administrative-governmental aspects of this personal union.

Scholarship generally considers Sigismund of Luxembourg a ruler who was overwhelmed by his crowns. Although this academic judgment has been basically undisputed for a long time, the very direct consequences of the establishment of the personal union have never been a matter of scholarly interest except an article written by Lóránd Szilágyi in 1934. With my dissertation I aimed at contributing to this topic by studying how this composite monarchy was functioning on the highest level(s) of administration and politics, and by looking for personal and institutional entanglements and interactions between the independent administrative systems. From conducting this research I expected to answer i.a. to what extent Sigismund involved himself in resolving the problems his administration faced, and what role his direct advisors, his trusted men or the judicial-administrative systems themselves played in maintaining the effective functioning of the monarch’s disparate realms.

“The analysis of documentary forms permits an understanding of administrative actions and the functions generating them” – Luciana Duranti explains. The diplomatic analysis of charters showed that the Hungarian chanceries gradually adapted their practice to the new situation between February and September 1411. In the beginning the Sigismund-administration found temporary solutions for issuing documents of imperial provenance, the imperial chancery was set up by the end of June–beginning of July 1411. This was the time when John Kirchen entered Sigismund’s services, the German secret seal and the imperial register book were put in use and Archbishop John Kanizsai was referred to as imperial chancellor for the first time. Nonetheless, the earliest evidence for the use of the imperial majestic seal come as late as August 1412.

In the 1410s, and especially after 1412, the perhaps most important characteristic feature of the Sigismund-administration was that it was mobile and resident at the same time. Therefore, on the one hand, it was necessary to identify who and in which form assisted the king in decision making and governing at the travelling royal court (aula). The findings can be summarized briefly in three points: 1. No significant number of imperial advisors can be traced near Sigismund before 1414 and even then the small number of their relatios hints at the low intensity of actual administrative-governmental activity. Exceptions were Frederick of Nuremberg and Günter of Schwarzburg. Moreover, the members of this group were rarely willing to leave imperial territories. After 1417 Sigismund relied on the assistance and support of the middle and lower strata of the imperial aristocracy, e.g. George of Hohenlohe, Louis of Öttingen, John of Lupfen and Conrad of Weinsberg. 2. Those members of Sigismund’s entourage who belonged to the Hungarian aula were definitely more numerous and more mobile. The political elite of the kingdom, however, was rather underrepresented at the travelling court: between November 1412 and February 1419 only the Hungarian court-dignitaries (master of the doorkeepers, master of the stewards, master of the cupbearers, master of the horse) and Nicholas Garai were at the ruler’s side continually. Courtiers of lower status (miles, iuvenes etc.) were present in a considerably greater number and they also took an active part in governmental-administrative acts. 3. The forum of decision making at the court was the royal council. This gathering should not be regarded as a modern bureaucratic institution with a fixed structure and pre-scheduled meetings but as an amoeba-like consulting body, the actual composition of which depended on the very issues to be discussed and decided. Although Sigismund’s few most trusted men were always invited to the sessions if they were available, Hungarians, Germans, Bohemians, Italians, magnates, lower-ranked courtiers or professionals could attend the meetings sometimes in a smaller, sometimes in a greater number.

The other focus of the research was on the administration of the realms in the ruler’s absence. In the years 1413 and 1414 an obvious intensification of queenly activity can be observed in Hungary, which corresponds to the traditional form of the ruler’s substitution. It must be noted, however, there are no proofs or even hints at Barbara’s fully independent decision making in terms of governing and administering the kingdom but she worked together with the leading barons. The queen represented the royal power in the absence of Sigismund but she did not exercise the rights of the king. As for the period after 1415, even this representative role seems to have faded: for a hitherto not clarified reason in January 1414 the queenly substitution was replaced by the system of royal vicars. This decision was supposedly the result of Sigismund’s personal experiences and thus that of a German influence. Although the “institution” was adjusted to Hungarian circumstances, in a long term this model was not a preferred solution in Hungary and the office of the governor (locumtenens) became established instead. Less clear is the situation between January 1416 and May 1417: whether Paul Özdögei Besenyő was a royal vicar, Archbishop John Kanizsai’s plenipotentiary, or “simply” one of the few barons entrusted with tasks of governing is, in my opinion, still an open question.

Due to its importance for the administrative and constitutional history the imperial vicariate has been a central theme of research in German historiography. In spite of this, the beginnings of the Count Palatine’s absente rege vicariate and the form(s) of Sigismund’s substitution in the years 1411–1414 have not been satisfactorily clarified yet. Most probably, a detailed analysis of the charters issued by Louis of Pfalz would answer the questions but this issue requires a separate study.

In the analysis of the “spatial characteristics” of Sigismund’s rule I focused on which settlements and towns functioned temporarily or continuously as administrative centres in the Hungarian kingdom and in the empire. From 1415 on Visegrád gradually but undoubtedly lost importance for the benefit of Buda, although until the middle of the 1420s there is evidence of governmental-residential activities taking place there. After this the town and the royal palace “served as an accessory residence besides Buda.” In the last ten years of his rule Sigismund often spent longer periods of time in Pressburg, a town with a perfect geographical location and flourishing economic connections with southern German territories. Simultaneously, in the 1420s the Sigismund-administration also tried to assign Nuremberg a stable central function. When interpreting these phenomena it cannot be disregarded that Sigismund, lacking a territorial basis in the empire, needed a suitable administrative-governmental center, an imperial capital city. During the council Constance was indeed the place of imperial governmental administration but neither Sigismund nor his advisors seem to have had intention make her a permanent royal center.

Sigismund’s rule can be characterized by a series of dichotomies, which in his case are not opposed or contradictory but complementary. His reign was still medieval but in some respect already modern, his kingly attitude simultaneously dynastic and universalist, and his administration resident and mobile which combined elements of continuity with reforms. The parallel iconographic patterns of Sigismund’s seals proclaimed the unity of his realms and this idea was more than pure utopia: every now and then the Hungarian and the imperial administrations intermingled on a personal level, and also the administrative methods and ruling practices influenced each other.